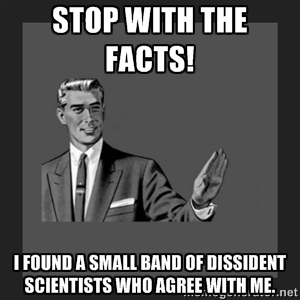 Seth Mnookin reviews Chasing the Scream and finds its review of the science troubling. (Previous post on Hari here.)

The first tip-off that Hari might be in over his head comes when he describes how “a small band of dissident scientists” had uncovered the answers he was looking for after working “almost unnoticed, for several decades.” Hari starts with Gabor Mate, a Hungarian-born Canadian physician whose theories about how the roots of addiction (and lots of other things to boot) can almost always be found in childhood trauma are, in fact, quite well known. To support his portrayal of Mate as a fringe renegade, Hari acts as if a rigid, deterministic model of addiction as a purely physical disease is almost universally accepted; if anything, the opposite is true. Even more problematic is Hari’s wholesale acceptance of Mate’s reductionistic approach when, in fact, there’s a significant body of work demonstrating its shortcomings.

The next researcher to benefit from Hari’s credulousness is Bruce Alexander, a Canadian psychologist who believes that drugs are not the cause of drug addiction. Alexander is best known for his “Rat Park” experiments in the 1970s, which were designed to demonstrate that rats in stimulating, social environments would not become addicted to morphine while rats in cramped, metal cages would. Hari explains why Alexander’s views have not been universally embraced by making the preposterous assertion that “when we think about recovery from addiction, we see it through only one lens — the individual.”

A few pages later, Hari is talking to a Welsh psychiatrist named John Marks, who is a proponent of providing prescription narcotics to addicts. Hari supports Marks’s claims by referring to “research published in the Proceedings of the Royal College of Physicians of Edinburgh” but then buries in the notes the fact that it was Marks himself who was the author of that research. Sometimes, Hari’s unquestioning acceptance of what these researchers say is unintentionally comical: At one point, he quotes Alexander explaining that drug addicts don’t get clean because they would rather spend their time doing “exciting things like rob stores and hang around with hookers.”