Dirk Hansen included this quote in a post on stigma:

“Psychological theories of illness are a powerful means of placing the blame on the ill. Patients who are instructed that they have, unwittingly, caused their disease are also being made to feel that they have deserved it.”–Susan Sontag, Illness as Metaphor

It brought to mind this quote from Bill White:

How alcohol and other drug problems are constructed are not merely a theoretical issue debated by academics. Whether we define alcoholism as a sin, a crime, a disease, a social problem, or a product of economic deprivation determines whether this society assigns that problem to the care of the priest, police officer, doctor, addiction counselor, social worker, urban planner, or community activist. The model chosen will determine the fate of untold numbers of alcoholics and addicts and untold numbers of social institutions and professional careers.

It’s been on my mind because of this post in the Guardian:

The most miserable aspect of Labour’s methadone policies is that they encouraged people to believe that in switching from illegal drugs to methadone, they have become “clean”. This is a delusion. The most defeatist aspect is that the policies foster the idea that drug addiction is virtually impossible to overcome. Another delusion. . . . I’m not in favour of removing medical crutches that make addicts less of a threat (and I’d advise Cameron to think twice before doing it). But I’m not in favour of leading addicts to believe that they are not capable of doing any better by themselves.

Her use of the word “clean” really bothers me and it’s stuck with me all week. I’m not one to get too hung up on language and I often fear that recovery advocacy movements will hurt themselves by focusing on things like language and adopt a victim position that does little to advance the cause. However, the insinuations lurking in her quotation marks and calling it a delusion stirred very protective feelings toward these methadone clients. In the final sentence, her choice of the words, “by themselves” raises suspicions. Is she implying that they just need to pull themselves up by their bootstraps?

I suspect that the writer and I share a lot of common ground on policy positions (as they relate to methadone) and I agree with her concerns about the pessimistic message sent by methadone programs and policies, but I’m not sure I want her as an ally. I hate to sound cynical and tribal, but I often struggle with the influence of non-addicts in policy and the development of services for addicts. 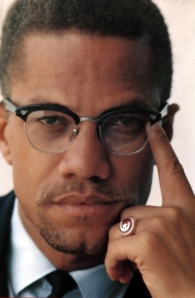 That sentiment brings to mind this Malcolm X story:

Several times in his autobiography, Malcolm X brings up the encounter he had with “one little blonde co-ed” who stepped in, then out, of his life not long after hearing him speak at her New England college. “I’d never seen anyone I ever spoke before more affected than this little white girl,” he wrote. So greatly did this speech affect the young woman that she actually flew to New York and tracked Malcolm down inside a Muslim restaurant he frequented in Harlem. “Her clothes, her carriage, her accent,” he wrote, “all showed Deep South breeding and money.” After introducing herself, she confronted Malcolm and his associates with this question: “Don’t you believe there are any good white people?” He said to her: “People’s deeds I believe in, Miss, not their words.”

She then exclaimed: “What can I do?” Malcolm said: “Nothing.” A moment later she burst into tears, ran out and along Lenox Avenue, and disappeared by taxi into the world.

I can relate to his sentiment that the most helpful thing others can do is leave us alone. (“Other” can be a pretty ugly word, no?) Then, when I’m a little less emotional, I’m left to consider my own cognitive biases and creeping certitude. I have to think about the contributions of people like Dr. Silkworth, Sister Ignatia, George Vaillant, A. Thomas McLellan, etc.

Malcolm X had a similar experience to this too:

In a later chapter, he wrote: “I regret that I told her she could do ‘nothing.’ I wish now that I knew her name, or where I could telephone her, and tell her what I tell white people now when they present themselves as being sincere, and ask me, one way or another, the same thing that she asked.”

Alex Haley, in the autobiography’s epilogue (Malcolm X had since been assassinated), recounted a statement Malcolm made to Gordon Parks that revealed how affected he was by his encounter with the blonde coed: “Well, I’ve lived to regret that incident. In many parts of the African continent I saw white students helping black people. Something like this kills a lot of argument. . . . I guess a man’s entitled to make a fool of himself if he’s ready to pay the cost. It cost me twelve years.”

Malcolm X realized, too late, that there was plenty this “little blonde coed” could have done, that his response to her was inconsistent with what he, his associates, and his followers wanted to accomplish.

Bill White wrote about the things that have allowed practitioners to avoid the cultural traps in working with addicts:

Four things have allowed addiction treatment practitioners to shun the cultural contempt with which alcoholics and addicts have long been held: 1) personal experiences of recovery and/or relationships with people in sustained recovery, 2) addiction-specific professional education, 3) the capacity to enter into relationships with alcoholics and addicts from a position of moral equality and emotional authenticity (willingness to experience a “kinship of common suffering” regardless of recovery status), and 4) clinical supervision by those possessing specialized knowledge about addiction, treatment and recovery processes. We must make sure that these qualities and conditions are not lost in the rush to integrate addiction treatment and other service systems.

One thought on “Stigma and the other”