We got a message from our friend Mark at the Recovered podcast that he will be podcasting with his wife on the topic of Grief and Recovery.  Their oldest son died July 2, 2012 and they have been dealing with this topic since.

This topic is near and dear to my heart. Below is a repost of a recent post that featured Mark and others who have lost children and have responded by sharing their stories and becoming an advocate.

You can listen live tonight at 6:30pm EDT by going to his webpage and clicking “Listen Live.” If you miss it, you can always listen later. He’ll post a link to the audio later.

His most recent post touches upon an issue that is close to my heart.

People in recovery and their family members are leading what is rapidly becoming an international recovery advocacy movement, but there are faces and voices notably absent from the frontlines of this movement:  the families who experienced death of a loved one from addiction before recovery was achieved.  These family members are now seeking each other out for mutual support and are adding their voices to calls for enhanced access and quality of addiction treatment and recovery support services in local communities.

He then introduces a video made by a bereaved father, Jim Contopulos, in memory of his son, Nick.

The following is attributed to Jim and reportedly from his eulogy for Nick.

For those of us here today, who have had a “front  row seat” to this disease over these past 13 years, or even to those sitting further back and have continued,  as it were, to hear “reports form the front line” we can confirm without any hesitation that addiction is truly a “cunning, powerful and baffling” disease.

Some of us sitting here today know nothing of Nick other that this courageous struggle, and it is my hope that as we allow Nick to “speak” through the songs he loved; the movies he loved; his love for animals; his love for children, especially his love for his daughter Hailey; his irreverent humor; his love and admiration for his sister Vanessa, his mom and myself; his strong desire for justice as well as his struggles with addiction coupled with mental illness, what’s known as a dual diagnosis, that you will have a much larger context for his life.

Perhaps with this better understanding, Nick would ask you simply to love, rather than judge; the addict, the mentally ill the diseased, the imprisoned, the homeless, the poor, the unlovable and the lonely, because Nick himself was, at one time or another, all of these.

None of us sitting here today wants only to be remembered for our failures and certainly not Nick, which is why he so loved the final verse to the song “These Days” by Jackson Browne, which says. “don’t confront me with my failures, I have not forgotten them”.

The worst part of this work is the terrible loss of life, often young lives. Among the parents that are left behind are some of the bravest and most admirable men and women I have ever met. 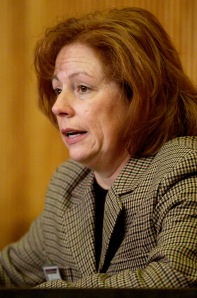 Diane Montes turned the loss of her son, Brian, into a mission to prevent deaths and support families going through a similar loss.

It was the evening of June 29, 2006, when Diane Montes returned home from work and went to her son’s room to speak with him. When she opened his bedroom door, she witnessed “an indescribable horror.” Brian Montes, a 22-year-old education major at Michigan State University, was lying dead on his bed. Police told the grieving mother that her son died from heroin use.

The family later learned that the fatal dose was mixed with the pain-killer Fentanyl, which caused respiratory failure. Brian’s family had not been aware he had a drug abuse problem. They later found out he had only been using heroin for 6 weeks when he died.

After Brian’s death, Diane and her husband Andy learned that there were more Livonia teenagers and young adults using heroin than they had ever imagined. Diane talked to a number of people who said they knew of young heroin users who either died, were hospitalized, or sent to drug rehabilitation. In addition, it was reported that Livonia police suspected the drug could have played a role in a dozen deaths in Livonia over the previous year.

Diane looked for information and support in Livonia but found little. She learned of the Royal Oak Save Our Youth Task Force, a group of school, police, medical and political leaders focused on spreading word about the dangers of heroin and other drugs and how users and families can find help. The Royal Oak group formed in response to a number of drug deaths in that community.

Since 2006, Livonia Save Our Youth continues to grow and expand. In 2012, the name was changed from “Task Force” to “Coalition” to reflect the longevity of the group and intent to continue its mission and activities in the community.

I’ve called on Diane over and over again to ask if she’d be willing to speak with a parent who just lost a child. She’s never hesitated to make her self available to them.

Mark Rudolph also lost his son, Ryan, in 2007 and has been relentless in building a coordinated community response to the problem of addiction in his “safe” suburban community.

He made this video in memory of Ryan. (The voice mail he included at the end is heartbreaking and horrifying.)

More recently, I met Mark S. who lost his son, Andrew, just one year ago.

He’s been sharing his difficult journey on his blog and in his podcast. He recently marked Andrew’s birthday with a 12 hour podcast to raise money to provide treatment for others. 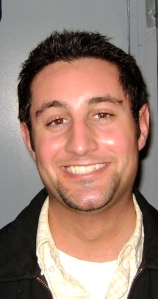 Here’s his introduction to that 12 hour podcast.

These are just a few of the people I’ve met who have turned their tragedy into a heroic journey. Sadly, we’re in the midst of another wave of overdoses.  I hate this part of the job but I am so grateful to have met people like Diane, Mark and Mark.