In the Washington Post, Harold Pollack interviewed Peter Friedmann about buprenorphine and the NY Times series on buprenorphine.

PF: Correct. For many years, opiate addiction was considered an incurable illness. It was Dole and Nyswander in New York who proposed that we might stabilize the social and physiologic effects of opiate addiction by administering a long-acting oral, preferably an oral agent, for substitution therapy. 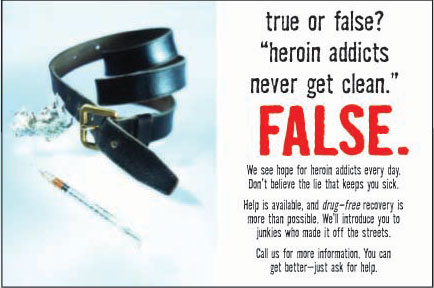 Though we disagree on a lot, we share one big concern. I’ve long expressed concern that the Affordable Care Act will shift the locus of care to primary care offices.

We have to decide what we’re trying to do here. Is this like treating simple hypertension, or is this like treating somebody who’s having a myocardial infarction. We don’t treat heart attacks in primary care. People with severe disorders need better access to good care. Some people with fairly mild disorders could be treated in primary care, but right now, we don’t have a way to really do this well. Docs have been notoriously resistant to gaining the skills they need to really do this. The hope was that the Drug Abuse Act would push them in this direction. It’s not clear that docs really embraced this change.

Meanwhile, a HuffPost piece trots out the “most effective” argument and then blames some form of puritanism for concern about buprenorphine.

Unfortunately, we cannot seem to free ourselves from our beliefs that addiction is rooted in moral failing or lack of willpower, and that those who use medications, like methadone or buprenorphine, are not truly “clean.”

In truth, we can’t free ourselves from the knowledge that full recovery is possible for any addict. We want more for them than just “reduced opioid abuse, reduced behaviors that put people at risk for HIV or Hepatitis C, and even reduced incarceration.” Maybe the moral reflex isn’t about the addict at all. It could be argued that the moral failing and lack of willpower exists not in the addicts, rather in the system that is generating billions in revenues while failing to provide addicts with the same care that health professionals provide each other.