The range of what we think and do is limited by what we fail to notice.

until we notice how failing to notice shapes our thoughts and deeds. 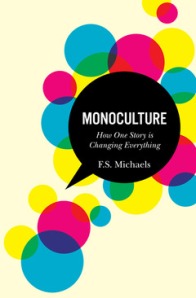 I just started reading Monoculture by F. S. Michaels and I think it offers a lot of insight into how addiction is understood and responded to in contemporary society.

The premise of the book is that every era is dominated by a monoculture:

The governing pattern a culture obeys is a master story– one narrative in society that takes over the others, shrinking diversity and forming a monoculture. When you’re inside a master story at a particular time in history, you tend to accept its definition of reality. You unconsciously believe and act on certain things, and disbelieve and fail to act on other things. That’s the power of the monoculture; it’s able to direct us without us knowing too much about it.

Over time, the monoculture evolves into a nearly invisible foundation that structures and shapes our lives, giving us our sense of how the world works. It shapes our ideas about what’s normal and what we can expect from life. It channels our lives in a certain direction, setting out strict boundaries that we unconsciously learn to live inside. …if we fail to understand how the monoculture shapes our lives and our world, we’re at risk of making decisions day after day without ever really understanding how our choices are being predetermined, without understanding how the monoculture even shapes what we think our options are.

Monocultures and their master stories rise and fall with the times. By the seventeenth century, for example, the master story revolved around science, machines and mathematics. … Life was understood as a series of questions with knowable answers, and the world became methodical and precise. A scientific monoculture was created.

That scientific monoculture was radically different from the religious monoculture that preceded it. If you had lived in sixteenth century Europe, a hundred years earlier, you would almost certainly have understood your life through the master story of religion and superstition.

She goes on to argue that our current monoculture is economic. She summarizes the characteristics of the monocuture as follows:

To begin with, in the economic story, you are an individual.

The economic story also says that as a human being, you’re rational. In economic thought, being rational doesn’t mean that you’re sensible or that you’re a clear thinker. Being rational means that when you’re faced with a decision, you move through a three-stage process to decide what to do. Assuming you know what your goals are, you first lay out all the ways you could reach each goal and identify the costs and benefits of each possibility. Next, you analyze which option is most efficient — the one that most directly lets you get the most of what you want while costing you the least of your resources. Finally, you choose that most efficient option, because in the economic story, your best choice is always the most efficient choice.

In the economic story, you’re someone who is self-interested, in the most positive sense possible.

In the economic story, you’re to think and act like an entrepreneur. Jean-Baptiste Say, a French economist credited with coming up with the term entrepreneur, said entrepreneurs are people who shift resources from one place to another to create higher productivity and greater yield.

Since everyone has unlimited wants just like you, there isn’t enough of anything to go around. Resources, in other words, are scarce.

In addition, points out that keep some things outside of markets, like “sex, reproductive services, human organs, political office, prizes and honors, love and friendship, drugs, and homicide.”

So…what does this mean for addiction?

First, it explains the growing prominence of behavior economists in shaping our thinking an research on addiction.  Rational addiction theory, anyone?

The emphasis on rationality helps explain our cultural aversion accepting that addiction is characterized by a loss of control.

The emphasis on individuality helps explain our cultural aversion to a recovery solution that is free, relational and demands interdependence.

The assumption that we can know a person’s wishes by their free, rational choices helps explain some of the complacency to addicts drug use—”It’s what they want.” If they want it and we’re all free, rational individuals, who are we to interfere? Maybe we should just accept it and limit the damage.

The emphases on self-interest and scarcity reinforces zero-sum thinking about how to respond to the needs of addicts. Further, this emphasis on self-interest also suggests that the most important yardstick for various responses to addiction is the economic impact on the rest of us.

It also explains the assumption that poor circumstances are understood with some variation on the idea that you are poor entrepreneur in pursuing your own interests.

His inclusion of the idea that we keep certain things out of markets also helped frame the fact that, when there are problems in those areas, our solution seems to be to create, allow or deregulate a market for it. This has been true for organ donations, sex, reproductive services and, even, political office. Drugs are not alone in this respect.

Now, this isn’t to say there there is no truth in the beliefs and actions that flow from this economic narrative, but the pervasiveness and dominance of this narrative has a totalitarian effect on our thinking and action. 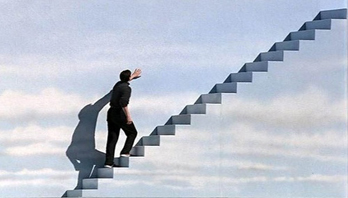 I recently read a series of great posts that had no direct relationship to addiction or recovery but they got me thinking about the power of culture as a sustaining force in addiction.

The series was sparked by a Forbes blogger who wrote a post entitled, If I Were A Poor Black Kid.

It inspired Ta-Nehisi Coates to write about, what he refers to as, a muscular empathy. As usual, Coates writes in a way that makes it difficult to pull quotes, but here goes:

It is comforting to believe that we, through our sheer will, could transcend these bindings — to believe that if we were slaves, our indomitable courage would have made us Frederick Douglass, if we were slave masters our keen morality would have made us Bobby Carter, that were we poor and black our sense of Protestant industry would be a mighty power sending gang leaders, gang members, hunger, depression and sickle cell into flight. We flatter ourselves, not out of malice, but out of instinct.

This basic extension of empathy is one of the great barriers in understanding race in this country. I do not mean a soft, flattering, hand-holding empathy. I mean a muscular empathy rooted in curiosity. If you really want to understand slaves, slave masters, poor black kids, poor white kids, rich people of colors, whoever, it is essential that you first come to grips with the disturbing facts of your own mediocrity. The first rule is this–You are not extraordinary. It’s all fine and good to declare that you would have freed your slaves. But it’s much more interesting to assume that you wouldn’t and then ask “Why?”

This is not an impossible task. But often we find that we have something invested in not asking “Why?” The fact that we — and I mean all of us, black and white — are, in our bones, no better than slave masters is chilling. The upshot of all my black nationalist study was terrifying — give us the guns and boats and we would do the same thing. There is nothing particularly noble about black skin. And to our present business it is equally chilling to understand that the obstacles facing poor black kids can’t be surmounted by an advice column.

The answers are out there. But they will not improve your self-esteem.

In this post he writes about an experience a few years back where he socialized in very rich circles that he was unfamiliar with:

They were all nice and everything, but subtly–in ways cash can’t explain–very, very different from me. For instance, at dinner, no one finished their plate. Many of them went so far as to decline desert, or if they indulged they’d eat half and sip coffee. We are not talking about large plates, or heaping deserts.

For the first couple of nights, I looked at all these rich white people like they’d lost their mind. To my mind they were being wasteful and unappreciative. I was not out the projects but I had–like most of us–come up in a house where you are told to finish your food. By the third night, I started to feel weird. I began to believe that by finishing my dinner and plowing through dessert I was committing a faux pas. No one said any such thing to me. But I just felt like I was sticking out. The next night I came to dinner and only ate half, I nibbled at dessert. I sipped the coffee. By my final dinner, not only had I joined the culture of withholding, I actually felt full and marveled at the fact that I’d ever been any other way.

This was in the span of a week. It was about then that I started to notice that I may well have been the only overweight person in the entire town.

Culture is a set of practices which people adopt to make sense of their environment. I was raised in a house where the memory of going hungry had not faded. I never went hungry, but I was raised around people who’d grown up with that. Moreover, all of my friends and relatives were raised the same way. Everyone I knew for the formative years of my life was raised in the culture of “Finish Your plate.” And given the environment our parents had come up in, it made perfect sense. As Megan says, I didn’t know anything different. Moreover my peer group didn’t know anything different. I would actually go further then Megan and say that there wasn’t even a sense that we were making “bad decisions”–even if objectively we were.

The “culture of addiction” is something we frequently discuss at Dawn Farm. But it’s easy, even for us, to underestimate the power of this for clients whose identities, social connections, economic connections, environment, sexual norms, social norms, diet, spiritual views, thoughts, values, behavior, intuitions, imagination and hopes, are all organized around or shaped by drug addiction. (Though, not all addicts are enmeshed in a culture of addiction.) These countless personal, social and structural connections to addiction are often invisible, making them that much more powerful—you can’t even think about changing what you aren’t aware of.

Now, there’s nothing neurobiological or genetic about the barriers that this culture creates for addicts seeking recovery. It goes to demonstrate the complexity of treating addiction (Or any chronic illness, for that matter.) and that helping these kinds of addicts recover will always demand comprehensive bio-psycho-social treatment. I once saw a talk that identified four tasks for treatment and recovery:

That empathizing with people from other cultures can be so difficult, demand so much of us and be so ego deflating may help explain why addiction is so persistently misunderstood and stigmatized, even by recovering people who have now attached to another culture.