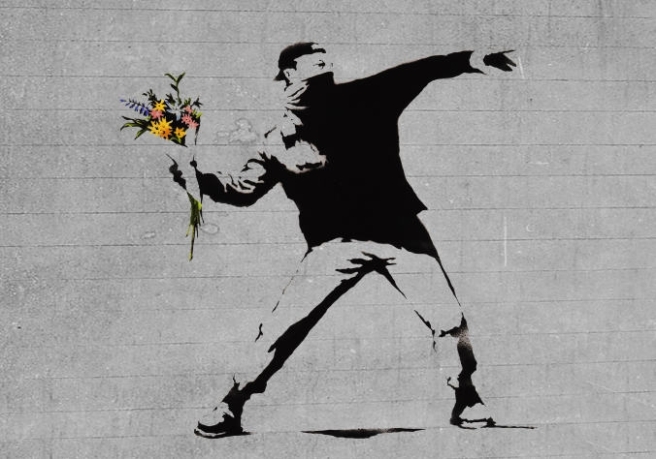 Greg Williams says we need to get angry:

It is apparently OK for those family members to angrily demand a better response from the federal government to the current health crisis. But when the addiction recovery community — more than 23 million Americans and their families — gathers to walk, speak and put a face on recovery there doesn’t seem to be much anger at the current state of affairs that is costing us more than 100 American lives every day.

Apparently, anger is a frightening emotion for many in the recovery community. . . .

First of all, there are not 23 million Americans in recovery. That kind of truthiness is a good example of some of the risks of activism. It invites skepticism from anyone who looks into that number and invites argument about the definition of addiction and recovery within and and outside of the recovering community.

Floating balloons and celebrating that recovery is possible has been a great start in many communities. But when we look around at other marginalized health populations in history like the HIV/AIDs movement and the disability movement, they get a capital M on “Movement” in our cultural reflections only because they got angry.

As Stacia Murphy says in my documentary “The Anonymous People” about Marty Mann’s driving force (the first woman to ever achieve long-term recovery in Alcoholics Anonymous who chose to use her personal story publicly for social change), “Advocacy is about anger.”

Well, there are costs to that kind of activism. I have no idea if Marty Mann’s activism contributed to her relapse, but it’s pretty clear that her activism played a big role in her keeping it a secret. Fortunately, she was able to restabilize, but it’s pretty easy to imagine that secret being a big barrier to continuing her recovery.

Looking back on AIDS activism, are we ready for schisms and more radical groups, like ACT UP to become the most visible face of recovery activism? Thinking about the post-MLK/Malcolm X civil rights movement, are we ready for competition to be the face of this cause?

More importantly, what, exactly, are we supposed to get angry about? Williams references discrimination in housing, insurance, employment and access to health services. I’m not sure I know what he’s talking about.

I was reluctant to even comment because I don’t want to be a contrarian or inflict my political fatigue on others. The competition for recognition as an aggrieved class is fierce, ugly and I suspect a lot of us have no interest in recovery being associated with it.

Don’t get me wrong, I’m all for advocacy and I get mad too, but I’m not interested in getting angry, staying angry or getting others angry, especially when those grievances are not concrete and specific.

What comes to mind is this insight from Bill White and Bill Miller’s article on confrontation.

In its etymology, the word “confront” literally means “to come face to face.” In this sense, confronting is a therapeutic goal rather than a counseling style: to help clients come face to face with their present situation, reflect on it, and decide what to do about it. Once confronting is understood as a goal, then the question becomes how best to achieve it. Getting in a person’s face is rarely the best way to help them open up to new perspectives.

Where there are injustices, I’d rather see advocacy that holds a mirror up to the culture that brings it face to face with the injustice and appeals to our shared values to correct the injustice.

I’m not saying it’s the right way or the only way. Maybe it’d be less effective, but it doesn’t demand anger and focusing on individual issues rather than an aggrieved “us” can help avoid the clamoring to be the recognized leader of the cause. (This might be better for the cause and for individuals.) I’m not an expert on the expansion of naloxone, but it’s my impression that success followed policy makers coming face to face with tearful parents who lost their kids who asked (not demanded) legislators to increase access to the drug.

I don’t think we should all take my path and I’m skeptical of certainty. I’ll go with MLK’s sincerity, determination,  faith and conscience, but I’ll take a pass on the anger.

There’s not a lot of acknowledgement of the cruelest of ironies: that people in recovery from alcohol and other drug dependence will still die of addiction-related disease. The fact is that about one in two of them will develop fatal pathology like cancer or heart disease because of smoking. Others will be impaired by chronic, smoking-related conditions.

It just so happens that we the Dawn Farm Education Series just presented on Tobacco Cessation and Addiction Recovery. Here’s their stuff.

Bill White on the biggest barrier to better addiction treatment in the US. Our acute care (AC) approach:

This AC model works well with acute trauma, and it can play a role for many in addiction recovery initiation and stabilization.  Unfortunately, it does not work well with the treatment of addictions of high severity, complexity and chronicity–patterns that dominate admissions to specialized addiction treatment units.  Brief episodes of crisis intervention do not support the transition from recovery initiation and stabilization through the stages of recovery maintenance and enhanced quality of personal and family life in long-term recovery.

Efforts to transform AC models of intervention into models of sustained recovery management analogou
s to the treatment of other life-threatening chronic health conditions require substantial changes in service practices.  One such critical change is abandonment of the graduation ritual or reframing this ritual as something other than the “end” of treatment. No healthcare provider would think of providing a “graduation” ceremony marking the discharge of patients admitted for crisis care of diabetes, heart disease, asthma, chronic respiratory conditions or chronic pain because such interventions would not constitute the end of care and the service relationship.  Discharging persons from primary addiction treatment should also not signal the end of care.  It is time we altered practices that inadvertently convey this end of care message. 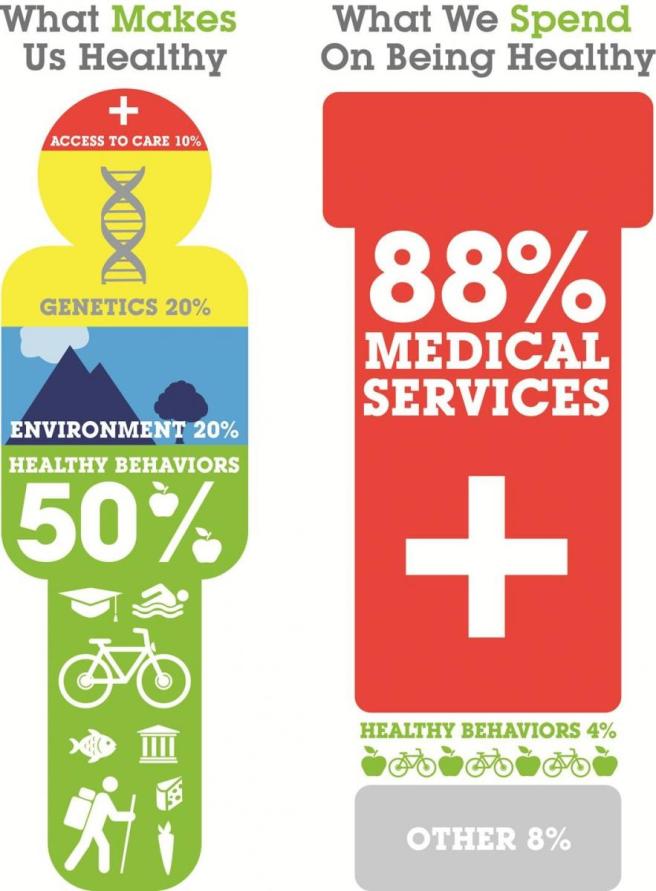 This infographic is from a report on obesity and it’s set off a debate its accuracy. But it gets at a point I’ve made before. And, the more I learn, the clearer it becomes that this general principle applies to medical problems, mental health problems and addiction.

To me, this doesn’t make a case for disengagement from the medical system. Rather it calls for finding some balance between care focused on delivering medications and devices and care that focuses on promoting and supporting health and wellness.

I think addiction recovery has a lot to offer, about maintaining healthy lifestyle changes in particular, but there’s still a lot to learn.