From the Detroit Free Press:

Lawmakers gave final, and unanimous, passage to a bill Wednesday that they hope will help lower the number of drug overdose deaths from prescription drugs.

The Good Samaritan bill, which passed the state Senate on a 38-0 vote, would provide immunity from criminal charges for people under the age of 21 who are seeking emergency medical assistance for themselves or friends as a result of a prescription drug overdose.

The Next (Bigger) Step Forward

Rep. Sam Singh has introduced House Bill 4931 that will expand the Good Samaritan protections to people of all ages and illegal drugs.

The bill is in the House Criminal Justice Committee.

Now is the time to contact your representative and/or the members of the Criminal Justice Committee.

Keep these facts in mind:

At the urging of parents who have lost children to overdose, the Michigan legislature made some good first steps last year. They enacted laws that increased access to naloxone, the drug that reverses overdoses.

Accidental overdose deaths are now the leading cause of accidental death in the United States, exceeding even motor vehicle accidents among people ages 25 to 64. Many of these deaths are preventable if emergency medical assistance is summoned, but people using drugs or alcohol illegally often fear arrest if they call 911,  even in cases where they need emergency medical assistance for a friend or family member at the scene of a suspected overdose.The best way to encourage overdose witnesses to seek medical helpis to exempt them from arrest and prosecution for minor drug and alcohol law violations, an approach often referred to as Good Samaritan 911.

The chance of surviving an overdose, like that of surviving a heart attack, depends greatly on how fast one receives medical assistance. Witnesses to heart attacks rarely think twice about calling 911, but witnesses to an overdose often hesitate to call for help or, in many cases, simply don’t make the call. In fact, research confirms the most common reason people cite for not calling 911 is fear of police involvement.

It’s important to know that this is not a liberal vs. conservative or Republican vs. Democrat issue. Some of the reddest and the bluest states in the country have passed 911 Good Samaritan laws.

Twenty states and the District of Columbia have enacted policies to provide limited immunity from arrest or prosecution for minor drug law violations for people who summon help at the scene of an overdose. New Mexico was the first state to pass such a policy and has been joined in recent years by Alaska, California, Colorado, Connecticut, Delaware, Florida, Georgia, Illinois, Louisiana, Maryland, Massachusetts, Minnesota, New Jersey, New York, North Carolina, Rhode Island, Vermont, Washington and Wisconsin.

Good Samaritan laws do not protect people from arrest for other offenses, such as selling or trafficking drugs, or driving while drugged. These policies protect only the caller and overdose victim from arrest and/or prosecution for simple drug possession, possession of paraphernalia, and/or being under the influence.

An overdose is a major medical crisis, right? It’s not unlike a heart attack.

Here’s what happens when someone has a heart attack

Here’s what happens when someone ODs and is rescued

Maybe, if they are lucky, these steps happen.

Naloxone is not enough.

We’d never tolerate cardiac patients being sent home without the proper care. Why should people with an addiction be treated any differently?

The good news is that there are models that work. 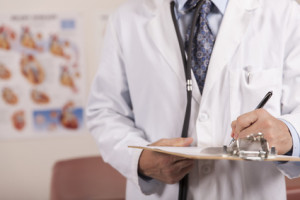 The best example of what should happen is the the kind of care that opioid addicted doctors, nurses, pilots and lawyers get. They all have low relapse rates and return to work at very high rates.

Here’s what would happen if one of them overdosed at work (or if it was known to their employer):

First, the recovery planning begins with some important assumptions:

The recovery plan is likely to include the following:

Buprenorphine (Suboxone) and methadone have been shown to reduce drug use, overdose risk, criminal activity and disease transmission.

Some people are able to stabilize and live normal lives on these medications but, at this point, there is no research demonstrating its effectiveness with quality of life indicators like employment.

Many people hope to use these drugs as an interim step toward abstinence. However, there is no established model for successfully transitioning buprenorphine and methadone patients to abstinence. A large federally-funded study attempting to do this reported, “near universal relapse.”

Another option is an injectable drug called Vivitrol. It is injected once per month and can protect against overdose. Unfortunately, it’s very expensive. 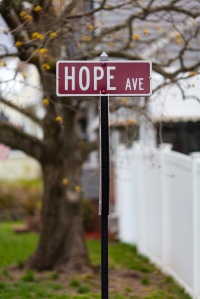 The gold standard offers a path to full recovery, but it does demand a lot of structure, effort and lifestyle changes.

Many professionals prefer drug maintenance as a goal. It’s an easier plan to implement and many professionals are not confident that their patients are capable of drug-free recovery. (Look for professionals that are optimistic and believe in you ability to achieve full recovery.)

However, most patients and families, for a wide variety of reasons, prefer abstinence as a goal–the most common reason is that they want their life back the way it was before they became addicted.

Patients not sticking with the treatment plan is the biggest barrier to success with both approaches.

It’s harder than it should be

Getting the gold standard for yourself or a family member is likely to be very difficult. But, there are steps you can take to improve the odds.