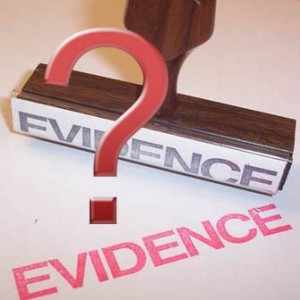 This post is focused on psychiatric medication. Some may ask why this is relevant to a treatment program and blog that focuses on addiction treatment and recovery. The reason is pretty clear, from my perspective–most of our treatment admissions are on a psychotropic and most of those are on multiple psychotropics. Some have histories of unambiguous mental health problems, most were diagnosed and treated in primary care, emergency or detox settings. So, that’s why this is being posted here. Onward.

First, Huffington Post is publishing an epic story on the marketing of Risperdal for children and the misrepresentation of their research. The editors provide an introduction that begins with this:

At some point over the course of this massive, magisterial 15-chapter story, you will get angry, and you will stay angry. It may happen when you learn that Johnson & Johnson handed out promotional Legos to pediatricians so that they’d be more likely to prescribe a drug called Risperdal to children with behavioral problems, although the FDA had repeatedly told the company not to market it to children. It may happen when you read that a team of scientists and company executives decided to massage the numbers on a study showing that Risperdal puts little boys at risk of developing large breasts—46DD breasts in the case of Austin Pledger, whom you can see in this video. Or it may happen at one of a few dozen other points in this 20-year history of the drug, which ended up being a blockbuster for J&J even if you account for $3 billion and counting in legal claims.

If that doesn’t make you angry, maybe this will:

Yet Johnson & Johnson marketed Risperdal aggressively to the elderly and to boys while allegedly manipulating and hiding the data about breast development. J&J got caught, pleaded guilty to a crime and has paid more than $2 billion in penalties and settlements. But that pales next to some $30 billion in sales of Risperdal around the world.

In short, crime pays, if you’re a major corporation.

Oh, and the person who was in charge of marketing the drug in these ways? He is Alex Gorsky, who was rewarded by being elevated to C.E.O. of J&J. He earned $25 million last year.

Next, BMJ reviewed the data used in a manufacturer-funded study that provided an important peice of the evidence-base for Paxil. Turns out their own data proved their conclusions wrong–finding that the drug was ineffective and less safe than they claimed.  Vox provides a summary:

For years, the drug company GlaxoSmithKline was illegally persuading doctors to prescribe paroxetine, sold under the brand name Paxil, as an antidepressant for children and teenagers. They did so by citing what’s known as Study 329 — research that was funded by the drug company and published in 2001, claiming to show that Paxil is “well tolerated and effective” for kids.

But now here’s the horrifying news: A major new analysis of the raw data behind Study 329, published in BMJ, suggests that the original conclusions were wildly wrong. Not only is Paxil ineffective, working no better than placebo, but it can actually cause serious side effects, including self-injury and suicide.

Unlike the original study, this follow-up research isn’t funded by the drug manufacturer. And the researchers found that GSK had manipulated their data and selectively downplayed the harms of the drug in their analysis.

This isn’t the first controversy around Paxil — or this study. The FDA originally approved Paxil in 1992 for use as an antidepressant for adults, not for adolescents. But between 1998 and 2003, GSK illegally tried to persuade doctors to prescribe the drug to adolescents anyway, using Study 329.

The New York State Attorney General’s office eventually found out what was going on with Paxil (and fraudulent activities related to other GSK drugs), sued GSK, and the company pleaded guilty to the wrongdoing, paying out $3 billion in fines. Through legal discovery, it became clear that the company knew their data on Paxil for teens was problematic, even hiring a PR firm to ghostwrite Study 329. In 2004, the FDA added an explicit “black box warning,” recommending againstPaxil’s use in adolescents.

This latest research casts that whole episode in an even more appalling light. Not only was GSK illegally marketing the antidepressant for “off-label” uses, but the new research shows exactly how horribly flawed and misleading Study 329. And the end result was that doctors were prescribing an antidepressant — to kids — that doesn’t work any better than placebo and could lead to suicide.

Further, this was not a “reasonable people can disagree about the meaning of the data” situation. It was deliberate misrepresentation, including misrepresenting suicidal behavior and ideation as something less severe.

The reanalysis delivers the same critique as before — no clear effectiveness, and mislabeling of serious side effects — only from the inside, using voluminous data from the study itself. Its authors include Jon Jureidini, of the University of Adelaide in Australia, an early critic, and Dr. David Healy, a professor of psychiatry at Bangor University in Wales, who, with the help of a BBC reporter, Shelley Jofre, first noticed and made public the serious side effects in the early 2000s and who has acted as an expert witness against Glaxo.

In an interview, Dr. Healy said that five of six adverse events labeled “emotional lability” in the original study involved suicidal thinking or behavior but were not presented as such. The patient-level files provided detail on what, exactly, happened in those cases: One teenager was hospitalized after taking 80 Tylenol tablets. Another overdosed on Paxil and other medications after a “disagreement with her mother.” Others suffered “severe suicidal ideation,” and one was “admitted due to severe suicidal and homicidal ideation, towards his parents.” No completed suicides occurred.

One thought on “More bad behavior from PHARMA”