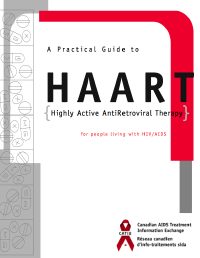 I recently stumbled onto this blog post with a very interesting observation about Vancouver, Insite and HIV infection rates.

Vancouver has seen a marked decrease in the incidence of AIDS/HIV and those who promote harm reduction sites point to the injection site called Insite as proof of success but they are wrong. The reduction of HIV/AIDS in British Columbia is because it is the only province that offers highly active anti-retroviral therapy (HAART)  free of charge and aggressively promotes its use.

“. . . the most compelling data to date demonstrating the soundness of the “treatment as prevention” theory, an approach conceived at the B.C. Centre for Excellence in HIV-AIDS and now being embraced worldwide.

“Treatment as prevention . . . is so successful, from Zimbabwe to Abbottsford, that policy-makers now talk openly about the possibility of freezing the epidemic in its tracks and creating an AIDS-free generation.”

I don’t agree with all the sentiments on this blog post, and I don’t understand the writer’s concept of “redistributing harm”, but , with all the discussion of Insite and Vancouver, I’ve never seen anyone discuss HAART and it’s impact on infection rates.
Read more at http://abearsrant.com/2013/10/redistributing-harm-isnt-harm-reduction.html#UYifT0odx6xWC204.99