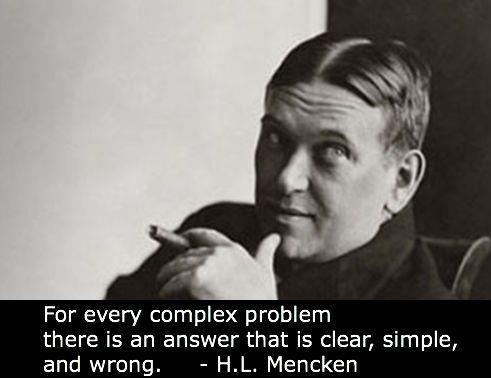 The NY Times has another column promoting a rational addiction model.

“When they were given an alternative to crack, they made rational economic decisions.”

When methamphetamine replaced crack as the great drug scourge in the United States, Dr. Hart brought meth addicts into his laboratory for similar experiments — and the results showed similarly rational decisions.

“If you’re living in a poor neighborhood deprived of options, there’s a certain rationality to keep taking a drug that will give you some temporary pleasure,”

Here we go again. Their drug use by addicts is rational. A rational choice. If you had their lives, you’d be an addict too.

I’m not even clear that there’s a causal relationship from poverty to addiction. If so, how strong is that relationship?

In an article titled, “Taking Absurd Theories Seriously“, Ole Rogeberg walks through an extensive takedown of rational addiction theories. This video is great.

Why do people insist on framing addiction as rational?

For others, it’s assimilation into the monoculture:

To begin with, in the economic story, you are an individual.

The economic story also says that as a human being, you’re rational. In economic thought, being rational doesn’t mean that you’re sensible or that you’re a clear thinker. Being rational means that when you’re faced with a decision, you move through a three-stage process to decide what to do. Assuming you know what your goals are, you first lay out all the ways you could reach each goal and identify the costs and benefits of each possibility. Next, you analyze which option is most efficient — the one that most directly lets you get the most of what you want while costing you the least of your resources. Finally, you choose that most efficient option, because in the economic story, your best choice is always the most efficient choice.

In the economic story, you’re someone who is self-interested, in the most positive sense possible.

For others it’s philosophical:

The addiction concept repackages one of the Big Questions – free will and determinism – into a new and seemingly more manageable form.   But should we be entirely comfortable with the tacit implication that ordinary, non-addictive conduct is freely willed?

Of course, this assumption underlies much of our day-to-day lives.  We show up at work late and we are responsible for the choices we made that caused our lateness.  Our legal system relies on the same assumption as well.  It assumes people freely do what they do and must take responsibility for their actions.

This came up again recently when Sally Satel published a book questioning neuroscience and addiction:

“Brainwashed” is nervously libertarian; Satel is a scholar at the American Enterprise Institute, and she and Lilienfeld are worried that neuroscience will shift wrongdoing from the responsible individual to his irresponsible brain, allowing crooks to cite neuroscience in order to get away with crimes.

Once it’s defined as a choice, and the rational choice theory isn’t satisfactory, we’ve got economists coming up with their own answers to the age old question of, why do they do it? [emphasis mine]

First-hand accounts of poverty generally recognize that heavy users of drugs and alcohol pay a high material cost.  Yet they rarely reach my verdict: that other factors – like low IQ, low conscientiousness, low patience, or plain irrationality – must be driving both poverty and substance abuse.  Instead, observers usually say that the poor consume drugs and alcohol to “dull the pain.”  Some even argue that the poor are being entirely rational: If your life is a living hell, narcoticizing yourself is the simplest solution.

There’s just one problem with this explanation: By almost all accounts, substance abuse eventually makes your life worse.  The long-term addict’s life is utterly wretched – even if you average in his periodic drug-induced euphorias.  Someone who has yet to start using drugs and alcohol doesn’t face a choice between “full pain” and “dulled pain.”  Instead, he chooses between two paths of pain:

Path #2: Dulled pain in the short-run, followed by a gradual downward spiral into abject misery.

Suppose you’re poor.  Your life is unusually painful, so the immediate effect of drugs and alcohol is especially attractive.  The long-run prognosis for a poor substance abuser, however, is especially repellent.  You hit “rock bottom” sooner because you don’t have far to fall.  And your version of “rock bottom” is extra bleak because you lack the financial resources and social connections to cushion the blow and get back on your feet.

The lesson: On net, poverty isn’t a believable root cause of substance abuse, because being poor doesn’t make substance abuse a better overall deal.  Why then would poor people be more inclined to narcoticize themselves?  Once again, we should look for root causes of poverty and pathology.  Low patience is the most obvious suspect.  If you loathe to defer gratification, you’ll tend to have low income, and eagerly use drugs and alcohol today despite their awful cost down the line.

While I detest the blogger’s character-based explanation. He closes with a very salient question and observation:

Closing questions: If you were poor, would you turn to drugs and alcohol?  If you were a social worker, would you advise the poor to turn to drugs and alcohol?  I doubt it.  The reason, of course, is that on some level you already know what I’m telling you: Poverty is no excuse for substance abuse because substance abuse is an absurd response to poverty.

UPDATE: I’ve had several posts over the years about free will and addiction. One important thing to keep in mind is that when we say it’s a brain disease, it doesn’t mean the person always has zero control over their behavior.

Here are some excerpts that offer different ways to think about it.

On co-existing deterministic factors and free will:

On deterministic factors as a continuum:

There is certainly room to incorporate biological and genetic vulnerabilities in such a model. People may vary as to the reward power of drugs and alcohol: Some people get more pleasure than others from them. Social factors and personal experiences may also contribute to individual differences in such propensities. Thus, some people end up with stronger cravings than others.

Still, some freedom remains. The wine does not pour itself into a glass and thence down the alcoholic’s throat. The person thus makes a choice between competing impulses: indulging pleasure now versus abstaining for the sake of nonspecific but substantial delayed gains. Choosing the path of virtuous abstention depends on willpower, however. When willpower has been depleted (such as by other acts of self-control, or even by decision making in any context; see Vohs et al. 2008), their likelihood of choosing the immediate pleasure increases.

If a disease model for addiction is to be retained, we suggest abandoning the virus or germ models in favor of something more like Type II diabetes. One does not become infected with diabetes. Rather, a natural bodily vulnerability becomes exacerbated by experiences, many of which are based on personal choices. Many people will not become diabetics regardless of what they eat, but others will suffer diabetes to varying degrees as a function of diet and exercise. Moreover (and again unlike a virus), there is no definite boundary that separates the sick from the healthy. Diabetes, and by analogy addiction, is a continuum. Those who are constitutionally vulnerable move themselves along this continuum by virtue of the choices they make.

On will power as psychological energy:

…Acknowledging these considerations does disavow the role of choice. Even on the end of the continuum where a person’s biology and environment doom them to developing addiction, choices could influence the onset, course and severity. And, within the psychological energy metaphor, during periods of replenished energy a person may have the power to make choices that will protect or expend this energy in ways that preserve it (and initiate/maintain recovery) or diminish it (and lead to relapse).

On ditching the all or nothing mentality:

One way to partially reconcile the dilemma between the traditional and emerging views of choice is to first acknowledge that free will in addiction and recovery is not an all or none phenomena. The capacity for volitional control over AOD use and related decisions is variable across individuals (as a function of the interaction between problem severity/complexity and recovery capital) and is dynamic (shifts incrementally on a continual basis within the same individual through both addiction and recovery processes).

4 thoughts on “If it wasn’t rational, they wouldn’t be doing it”